Media Release: Membership at Area 27 Motorsports Park Officially Sold Out, Prepares for Next Phase of Development 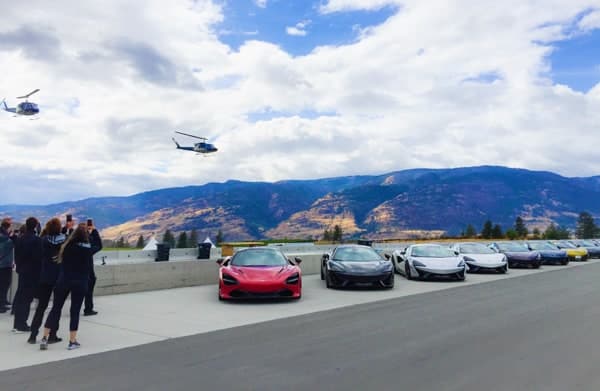 Oliver BC – Initially breaking ground in December of 2015, Area 27 Motorsports Park has now sold out of all 300 family memberships following the track’s inaugural season.

Area 27 is located in Oliver BC, the heart of Canada’s wine country, featuring 16 turns, and over 350 feet of elevation change per 4.83km lap. The project began when South Okanagan Motorsports Corporation co-founder, Bill Drossos, initiated a conversation with Chief Clarence Louie of the Osoyoos Indian Band. With a mutual understanding of the economic growth opportunity the track would bring to the local community, the project was soon given the green light. The eleven founding members of SOMC, including Jacques Villeneuve, set themselves upon the task of developing the motorsports facility.

The Area 27 team now plans to expand member offerings, and focus their efforts on

developing corporate entertainment, media, and videography opportunities. During the inaugural season, the circuit played host to Chevrolet, McLaren Cars, and Subaru Canada. They all found Area 27 and the surrounding amenities to provide the perfect venue for their desired programs. Ron Kiino, Chevrolet Communications – Performance Cars, stated, “Area 27 proved to be the perfect track to host the Camaro ZL1 1LE media program. From the challenging circuit to the scenic Okanagan backdrop, we couldn’t have asked for a better venue.”

For the 2018 season a new partnership with Porsche Centre Kelowna will bring expanded public offerings, including the new Academy 27 Pro Ride Experience. Area 27 is very excited to announce that construction of the first building at the facility will begin early in the 2018 season. This multipurpose building will feature over 9,500 sq.ft. of space overlooking the circuit, on-site food and beverage services, and Academy 27 classroom facilities.